In the week of 9 - 13 March 2020 the PIB companies Afvalzorg, AWECT, HYVA, Leapfrog and MetaSus joined the Dutch Economic Mission to Jakarta and Surabaya. Martin van Nieuwenhoven and Jessica Reis Leffers of Rijkswaterstaat provided public sector support. The "Circular/Waste track", headed by Freek van Eijk of Holland Circular Hotspot attracted 30 Dutch companies in the waste, water and circular economy sector. The PIB Team launched the Ecoparks concept with a brochure and a dedicated website: https://www.nlecoparks.com/. Seminars on integrated waste management and well attended matchmaking sessions were followed by a visit to Indonesia's largest landfill Bantar Gebang in Bekasi. AWECT signed an MoU with BinaKarya (persero) on Ecoparks and Afvalzorg signed another MoU with Waste4Change on organic waste processing using black soldier flies. After the visit to the landfill the PIB team met with Mrs. Sigrid Kaag, our Dutch Minister for Foreign Trade and Development Cooperation. "Circularity is the way to go in Indonesia!" she told the group. She was pleased to learn about the Ecoparks approach.

After the economic mission, the Dutch delegation made it home safely. Since then, the coronacrisis has prevented the PIB team from following up in person on the opportunities identified. However, contacts are still intense and discussions between Indonesian and Dutch partners continue. As soon as the COVID situation allows it, the PIB team will be traveling to Indonesia again. In order to stay informed, it is recommended to sign up for the LinkedIn Group called "Waste and Circular Economy Netherlands - Indonesia".

Two hours after the Holland House Costa Rica announced a half day seminar on "Circular Economy: Business Models for Tomorrow's Competitiveness" they had to take the registration form off-line. 150 Private and public sector representatives had signed up by then.

Many Dutch know Costa Rica as the perfect holiday destination in Central America. With a population of 5 million, a stable democracy and steady GDP growth, Costa Rica is also a promising export destination. With this in mind, the Holland House Costa Rica was created to promote mutual business. The May 29 Circular Economy seminar was its first major event.

Keynote speaker was Bert Keesman of MetaSus. He explained the circular economy concept and the Dutch goal of being 100% circular by 2050. The Dutch examples of Circular Economy based companies inspired many. Especially the junior entrepreneurs who will be competing in a regional Young Entrepreneurship program where Circular Economy is now one of the themes.

At a subsequent panel discussion, the focus was especially on waste plastics. Costa Rica is contemplating a ban on single use plastics and efforts are underway in environmental labelling. Several Extended Producer Responsibility systems have been set up, with the notable exception of the packaging industry. Bert Keesman wholeheartedly recommended to set this up as a solid foundation for plastics recycling. 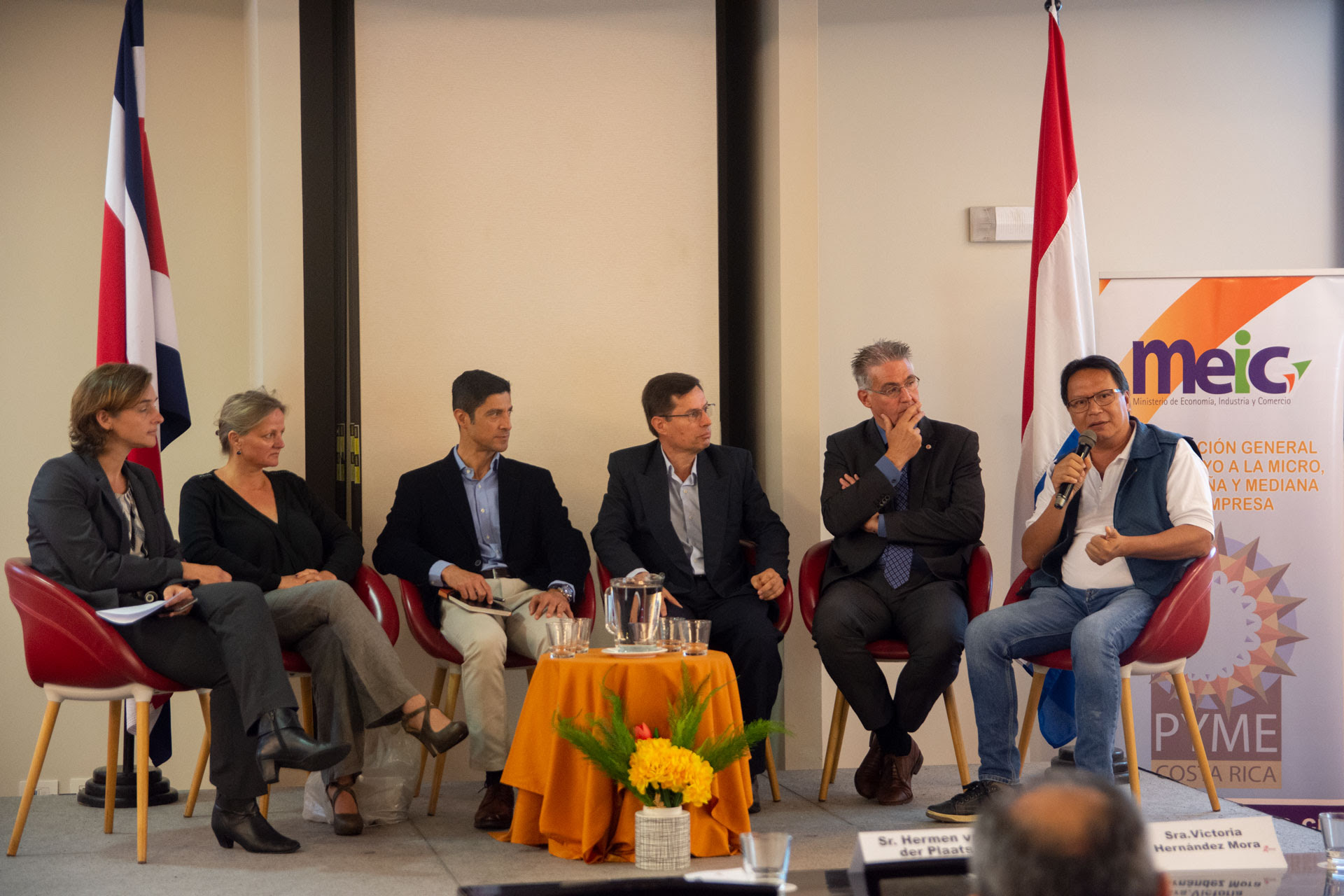